MP calls for an end to cruel commercial whaling 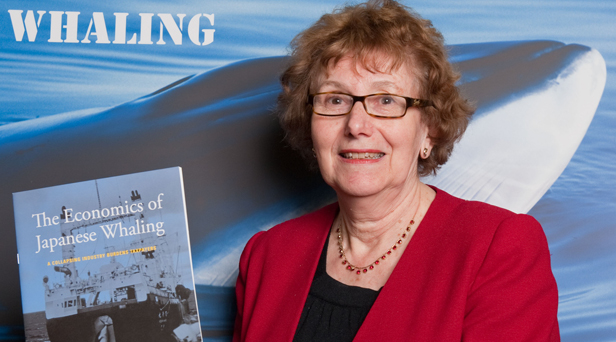 Annette Brooke, MP for Mid Dorset and North Poole, has called on Japan to end its cruel commercial whaling at the launch of a new report revealing the industry is dying in the water.

Japan’s whaling is being propped up by millions of pounds a year in public money, research by the International Fund for Animal Welfare (IFAW) shows.

Annette attended a Westminster launch of IFAW’s report, The Economics of Japanese Whaling, and heard that the Japanese government even diverted tsunami relief funds to support the industry. Annual government subsidies for Japanese whaling average around 782 million yen (£5.35m), but in 2011 this increased by around 2.28 billion yen (£15.6m).

The report, prepared following a year-long research effort conducted by leading Japan-based agencies commissioned by IFAW, provides the clearest picture ever of the failing whaling industry based largely on the government of Japan’s own data.

While the findings demonstrate that whaling is unprofitable and catering to an increasingly shrinking and ageing market, whale watching is, by contrast, a growth industry.

Robbie Marsland, UK Director of IFAW, said, “Our new report proves beyond a shadow of a doubt that as well as being unacceptably cruel, whaling is an economic loser. We encourage our politicians to send a strong message to the Japanese government that commercial whaling needs to end now. Responsible whale watching offers a profitable alternative which is better for whales and for people.”

Annette added, “I oppose the cruelty of commercial whaling which has no place in the 21st Century. I stand beside IFAW in supporting whale watching as the sustainable alternative which can benefit coastal communities.”

Whale watching is worth around £1.3 billion annually. In Japan alone, whale watching generated around £14 million in 2008. There are currently around 30 whale watching operators working from a dozen locations around the Japanese coast.

The country’s whaling fleet left port in December for Antarctica to train its harpoons on around 1,000 whales, in defiance of global opposition and several international laws.

IFAW opposes whaling because it is cruel and unnecessary; scientists agree there is simply no humane way to kill a whale. This is proved by footage of Japanese whaling which has shown whales taking more than half an hour to die. In addition, much of the meat is merely stockpiled or sold cheaply to schools and hospitals.