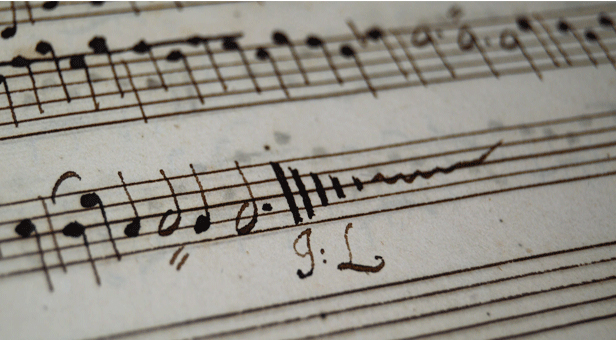 Lawrences’ auction of books and manuscripts concluded the firm’s successful series of summer auctions and the 300 lots comprised plenty of real appeal to numerous bidders.

A curious map engraved by Nicolaus Visscher in 1658 showed California as an island and hinted at the mysterious land of `Anian` to the north. This showed signs of its age but made £980. In addition, a small sketchbook of 43 amateur watercolours of subjects in Corfu, Malta, Algiers and elsewhere was bid to £1430.

However, two other handwritten volumes attracted keener interest still. Consigned for sale by a Dorset couple, these were handwritten musical manuscripts composed by John Lenton in the very early 18th Century. They were written to be performed before William of Orange and Queen Anne on New Year’s Day in 1702 and again in 1703. Each volume was little bigger than a standard postcard but the rarity and importance lifted the prices to a sweet high note of £5250 for each lot.