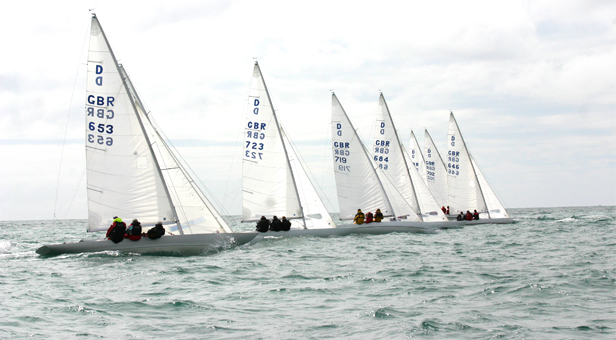 Next week sees the Dragon Fleet descend on the Weymouth and Portland National Sailing Academy for the Dragon South Coast Championship on the 23 and 24 June, immediately followed by the Edinburgh Cup. Many teams will be using these events as a warm up for the highly anticipated Gazprom International Dragon World Championship in September, where the best of the fleet will be competing in the wake of Olympic Sailors.

The Dragon World Championship will attract the elite of international yacht racing; teams from 14 nationalities will be arriving at the National Sailing Academy, including many America’s Cup, Olympic, World, Continental and National Champions. With a strict selection process, through a series of qualifying stages, only the very best crews will take part ensuring high competition for all.

The Sailing Academy will see one of the most beautiful and prestigious keelboat classes in the world with a fleet of more than 1400 boats in 26 countries, using the outstanding sailing facilities the area has to offer.

The Dragon fleet are ensured successful delivery of a world class event, with unrivalled shore side facilities, a dedicated event marina and race management teams fresh from the Olympic and Paralympic Games.

Martin Makey, Chairman of the British Dragon Association commented, “Our international colleagues and our event supporter Gazprom International are convinced of the potential of the venue as well as the renowned reputation of Weymouth Bay to provide great racing. On many visits to WPNSA, I have been most impressed with the development of the facilities and the quality of race management.”