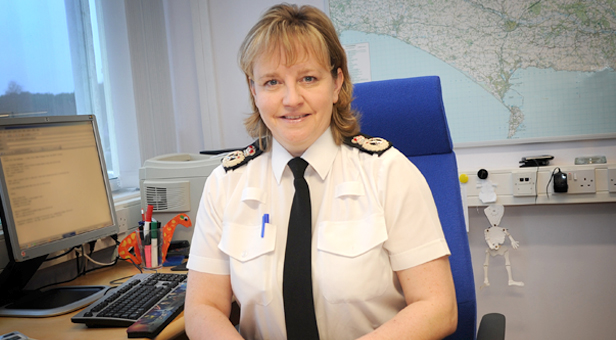 Debbie Simpson has been confirmed as the new Chief Constable of Dorset.

Her appointment was approved at a meeting of the Dorset Police and Crime Panel on 7 February, 2013.

Miss Simpson, the current Acting Chief Constable of Dorset Police, was put forward as the preferred candidate following an interview board headed by Police and Crime Commissioner Martyn Underhill in January.

The Commissioner said, “Debbie Simpson is the right person to lead the force through challenging times.”

“Since joining the force I have been hugely impressed by the high performance of the force and the commitment of all the staff, officers and volunteers.

“I am acutely aware of the challenges that are ahead in what is a very uncertain time for the police service as a whole and I am committed to delivering to the residents of Dorset the best policing service possible.

“I look forward to working with Dorset’s Police and Crime Commissioner to deliver the operational policing part of his manifesto and, in doing so, to work towards our shared vision of a Dorset that is safer for all of our communities and visitors.”