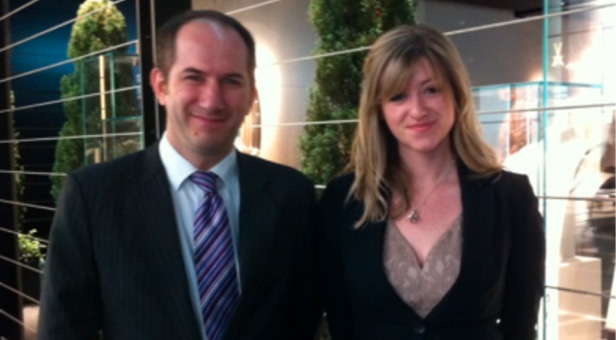 Allum & Sidaway jewellers will be welcoming a new director to their team from 1 June.  Abigail Stradling, has been with the firm for four years and manages the Salisbury store, bespoke design and visual communication for the company.  Abi will be joining Jason Allum (MD), Denise Crossland and Patrick Butler.

Jason Allum says, “Abi’s passion for the trade and commitment to Allum & Sidaway is clear to all who know her.   Her work load has increased rapidly year on year but her work ethic makes it happen.  Abi is a great asset not only to the company but also to the existing directors and I look forward to working alongside her for many years to come.”

Abi says of the announcement, “It is literally a dream come true for me; I feel very honoured to have been asked and am looking forward to helping our company to progress even further.”

Allum & Sidaway, with five stores in Shaftesbury, Gillingham, Dorchester, Ringwood and Salisbury,   are finalists in the UK Jewellery Awards 2013 and Abi has been shortlisted for ‘Retail Star’.  The winners to be announced in July.