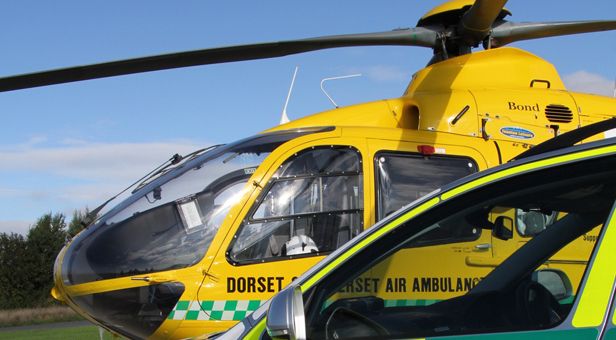 Dorset and Somerset Air Ambulance took delivery of a new Rapid Response Vehicle (RRV) last week. The Skoda Octavia Scout was purchased to replace an older model which has served the charity for the past seven years.

The vehicle will enhance the existing service that Dorset and Somerset Air Ambulance provide by being able to respond to incidents when elements restrict the helicopter flying. It also gives the charity additional resources to despatch, in the need of a medical emergency which requires both helicopter and land vehicle.

Dorset and Somerset Air Ambulance Chief Executive Officer, Bill Sivewright said, “We have been planning the new purchase for about two years due to the age of our existing model. Providing continuity of our service is paramount and the RRV plays an important part in allowing us to do that by bringing additional resources and expertise to the scene of an incident. The previous RRV was needed approximately 50 times last year, mostly during the winter months but in some instances over the summer. The new vehicle has already been put to use and is proving a valuable, necessary asset to the charity.”

Dorset and Somerset Air Ambulance has attended more than 9,600 emergencies since its launch in March 2000, saving many lives and aiding recovery with outstanding immediate care and rapid delivery to the hospital best suited to meet the patient’s needs.

More information about the Dorset and Somerset Air Ambulance can be found by visiting: www.dsairambulance.org.uk or by calling: 01823 669604.