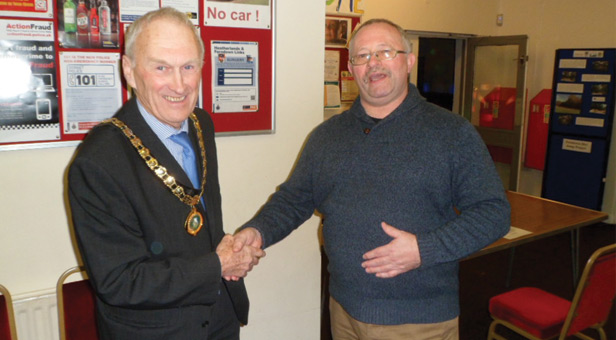 The Mayor of Ferndown, Cllr Terry Cordery officially opened the new youth club at the Heatherlands Centre on 21 January 2013.

John Hanrahan, the centre manager said, “It was great to see the mayor come along as he had made a personal donation of £100 to help get this project off the ground.” He also thanked Cllr Malcolm Birr of East Dorset District Council and Cllr Julie Robinson and the Heatherlands PACT panel for their help and support.

The youth club is open on Monday evenings at 6.30pm, just turn up at the Heatherlands Centre, Barns Road BH22 8AG. Age group 12 to 16 year olds