No Excuse on A31 last night 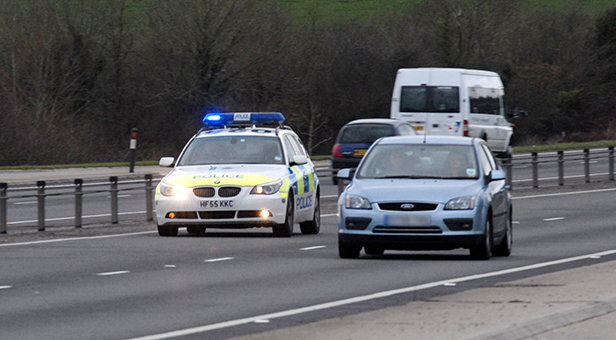 The Dorset Road Safe Partnership project ‘no excuse’ team worked with colleagues from the Hampshire Safer Road units last night along the A31. They actively targeted bad and inconsiderate drivers after both counties had received complaints from the public about driving standards on the road.

The team, accompanied by representatives from the media, carried out operations along the A31 using a mix of Safety Camera Vans and marked and unmarked motorcycles and cars.

On the Dorset side of the border 115 motorists were detected speeding, seven were caught using hand held devices, four were reported for not wearing seatbelts, one person was caught driving without an MOT and one driver was reported for driving without due care and attention.

The majority of those caught accepted they had committed the offence and the majority will be offered the opportunity to attend the Driver Awareness Scheme (DAS) course (fee of £110) rather than the Fixed Penalty (£100 & 3 Points).

One lady caught travelling at 75mph in a 50mph zone accepted her ticket and explained she was speeding because she was late for church.

The editor of 4Dorset and Viewpoint Magazine, Janine Pulford, was an observer in an unmarked car that pulled over two motorists. Janine said, “The police have a very effective method of checking a vehicle’s speed by pointing a small hand-held laser gun at it. In a split second it calculates how fast the vehicle is travelling. In both cases, it was obvious the cars were moving much faster than the rest of the traffic, one was driving at 64mph and the other 75mph in a 50 limit. They accepted their penalty tickets without question.

“It was an interesting evening and it’s not until you stop and observe traffic that you realise how many people appear to disregard the speed limit. With the tragic accidents that happen on the roads as a result, a campaign like this will slow people down. As well as speeding, the police were on the lookout for drink drivers, motorists using mobile phones and those not wearing seat belts.”

Chief Inspector Tim Lumley, Head of Dorset Police Traffic, said: “It was a good opportunity to work with colleagues from Hampshire responding to concerns from the public on a road that crosses the border of both counties. I believe the majority of drivers do not set out to break the law, however for the minority, it is a wilful disregard for the safety of other road users, pedestrians and indeed themselves. We will continue to police the roads based on intelligence through enforcement and education, whichever is appropriate.”

Brian Austin, Project Manager for “no excuse”, said: “The attitude of those stopped by officers in the majority was good and the way the officers dealt with them was well received. Most of those stopped understood they had committed offences and did not offer any argument. If we can get those caught on the DAS (Driver Awareness Scheme) course and offer some guidance on safer driving, everybody benefits.”