Off to a quacking start 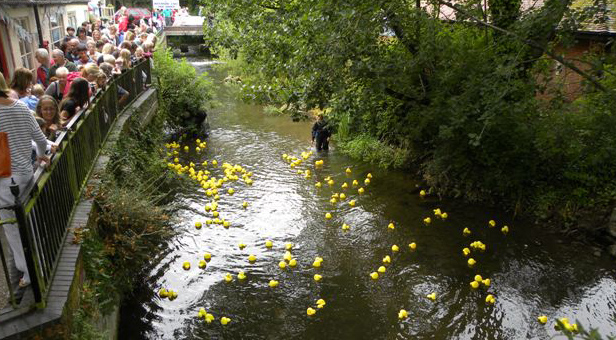 The 14th Wimborne in Bloom August Bank Holiday Weekend Duck Race raised over £1,000 towards ‘In Bloom’ funds and in particular the autumn planting.

After being launched into the River Allen by the mayor, mayoress and Wimborne in Bloom committee, and despite low water levels, the first duck took only 15 minutes to cross the finishing line. Others followed fairly swiftly, but it was half an hour before the last one completed the course.

Richard Nunn, Chairman of Wimborne in Bloom thanked everyone who helped with the selling of tickets and all those who purchased ducks in support of Wimborne in Bloom. He was particularly pleased to see such a large crowd who followed their ducks down the river from the Riverside Mews Cafe bridge to the Rising Sun car park.