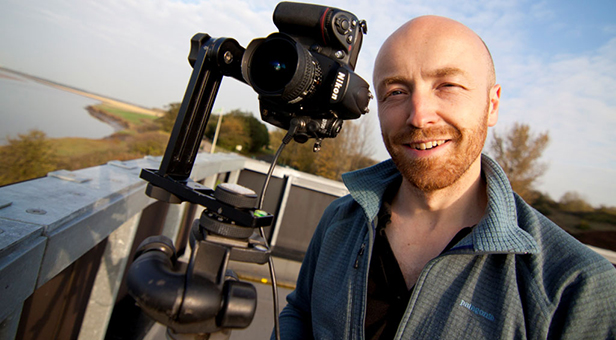 Mike’s epic 5,903 mile cycle ride around the UK included West Dorset where he captured the stunning results of the Pastures New project.

Nick Gray, West Dorset Conservation Officer from DWT, said:  “We have been focusing our efforts on landscape-scale conservation in partnership with farmers and landowners for several years.  Mike’s stunning panoramic views and virtual tours will help people to visualise where we are working and what we’re up to, as well as the scale and scope of our Living Landscape initiatives.”

The photography project, funded by the Tubney Charitable Trust and Aggregate Industries, included 91 other sides in the UK. It took Mike one year to complete using a fold-up bike and public transport to reduce his carbon footprint. “This was such an amazing job and for such a great organisation, very much up my street in terms of what I want to put back into society,” said Mike, 39. “I like to do something that’s good for society, or good for the landscape, good for nature, so the project was definitely attractive,” he added.

The Wildlife Trusts’ Vice President, Chris Packham said,  “Mike’s amazing spins allow you to imagine lying in the middle of a hay meadow or by the sea looking at the sky and views in every direction while listening to birds chirping or the swoosh of the waves.”

The audio-visual tours are now available on The Wildlife Trusts’ website wildlifetrusts.org/360