Poole shapes up for Rally 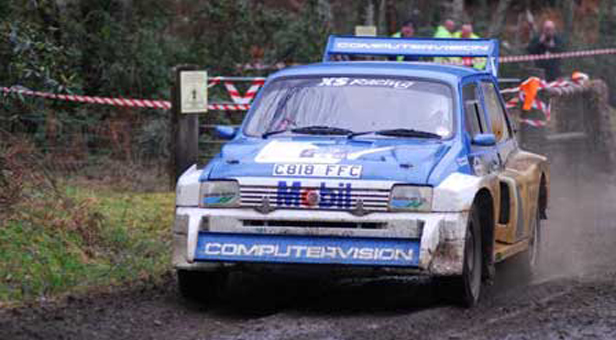 With only a few days to go before the final round of the MSA British Rally Championship, excitement is mounting on the South Coast of England in anticipation of a battle on several fronts when Rallye Sunseeker begins on Friday night in Poole.

In the main BRC field Mark Donnelly and Dai Roberts will lead the field away in the Pirelli sponsored Citroën DS3 run by Davy Greer Motorsport. Behind them though is where the main battle is expected to take place. Jukka Korhonen currently leads the title race in the battle for this year’s championship, but he and Mark Salminen will face some very stiff opposition from the likes of Alastair Fisher/Gordon Noble, Tom Cave/Ieuan Thomas and Osian Pryce/Dale Furniss.

There are two battles taking place, the main one for the title of 2013 British Champion, but also that for the places on the podium. The top three in the Championship will all receive a free entry on this years Wales Rally GB.

Daniel McKenna/Arthur Kierans are highest seeded R2 car at number 10, and he will be one to watch, capable of great speed and car control as he has shown all year. Another to watch will be Jon Armstrong/Karl Atkinson who stunned everyone with their pace on the recent Rally NI, and were nominated as a Pirelli Star Driver for the efforts. Other nominations include Ruary Macleod, Steve Røkland, Daniel McKenna and Alex Parpottas.

Armstrong and McKenna have also been nominated in the BRC Live Media Trophy as well, and will join Ben McKay, James Ford and Harry Threlfall in a trip to Prodrive in the aftermath of Rallye Sunseeker. The added bonus for this award is that there is a wildcard nomination available following the cancellation of Rally North Wales and this will be announced during Rallye Sunseeker.

In the BRC Challenge the battle is just as close, and likewise with points and a half on offer, the fans heading to the Dorset Stages are in for another treat in the shape of stars of the future such as Russ Thompson, Richard Sykes, and Gareth White as they battle for the title. With the likes of Steven Smith, Dean Raftery, Aaron McClure and Merion Evans all entered too, there will be plenty of action guaranteed from the BRC Challenge.

Rallye Sunseeker Historique however is a lot harder to predict, with several permutations possible for the stars in the Mintex MSA BHRC event. There are potentially five drivers who can win, Rikki Proffitt, Dessie Nutt, Gareth James, Richard Hill and David Stokes. Proffitt and Nutt would be the favourites to win, as only three points separate them. Stokes however is the outside bet.

In Rallye Sunseeker National it is hard to see past the Subaru WRC of previous winners Roger Duckworth and Mark Broomfield, but Peter Egerton and Alun Cook have wheeled out the Hyundai WRC for this event, and they too could go very well. Wug Utting will have other ideas; the venerable businessman likes to get his Impreza aiming the big boys and always goes well on Sunseeker. Add in entries from the likes of Mark Spencer in his Escort, Shelly Taunt in the Impreza, Matt Thorne, a Sunseeker regular in his Escort, and there are a load of crews that could finish very well.

When you add in the big boys of the Armed Forces Rally Team, in their Land Rover Wolfs, then you complete the entertainment planned for Rallye Sunseeker this year. The AFRT drivers are: Alan Paramore, Curtis McKerlie, Balir Thompson, Marc Paynter and Gari Hazelby, all have been coming to the event for years, and are enthralling to watch.

Whatever happens this year, Rallye Sunseeker, in all its different events, will certainly entertain.