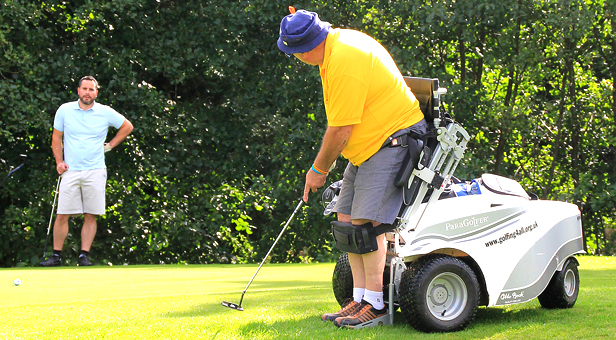 Organised by Dave Thompson of the MS Centre at West Parley, with support from other members, it raised over £2,000 for the Osborne Centre.

Dave suffers with MS, but with the aid of a specially adapted buggy managed to play a full round of golf.

In all the charity raised over £2,000 for the Osborne Centre.