Sail and row Round the Island for charity 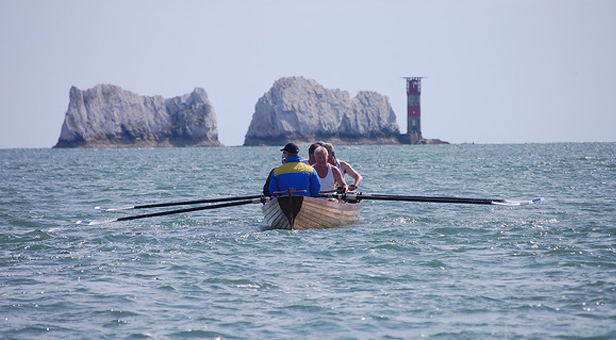 Thousands of people sail it, hundreds cycle it, now the official charity of the JP Morgan Asset Management Round the Island Race, the Ellen MacArthur Cancer Trust, is looking to recruit up to four crews competing in the race to also row the 50 miles around the Isle of Wight.

Starting at 5am on Friday 31 May 2013, the day before this year’s Round the Island Race, the Trust is looking to recruit up to four teams of rowers who think they can row the 50 mile course around the Island. The distance is over two times that of rowing the English Channel.

Each of the teams will need to be able to row up to 10 hours non-stop, and while they may row with 8 in the boat, including a passenger and cox, rotating from time to time; crew members are going to be rowing in unbroken stretches of up to four hours at a time. This is a tough challenge.

The course is the same of the Round the Island Race itself: Starting and finishing in Cowes and rowing anticlockwise around the Island. Each crew will have a dedicated support boat for the duration of the row.

Adventure Gigs prior to undertaking this demanding challenge.

Mike Gilbert, from Langstone Adventure Rowing who will be organising the event, providing safety cover and training for the crews said, “This is a tough challenge. The distance is over two times that of rowing the English Channel and teams need to be able to row up to 10 hours non-stop. While teams may row with eight in the boat, including a passenger and cox, rotating from time to time; crew members are going to be rowing in unbroken stretches of up to 4 hours at a time. Anyone thinking about undertaking this demanding challenge will need to commit time to practising.”

The Ellen MacArthur Cancer Trust is a nationwide organisation that supports young people aged 8-24 on their way to recovery from cancer. Launched in 2003 by Dame Ellen MacArthur, the Trust helps young people rebuild their confidence and independence, taking back what is often lost through cancer treatment.

If you’re up for the challenge and think your team can raise a minimum of £5000 for the Ellen MacArthur Cancer Trust, contact Frank Fletcher on 07791 791461.