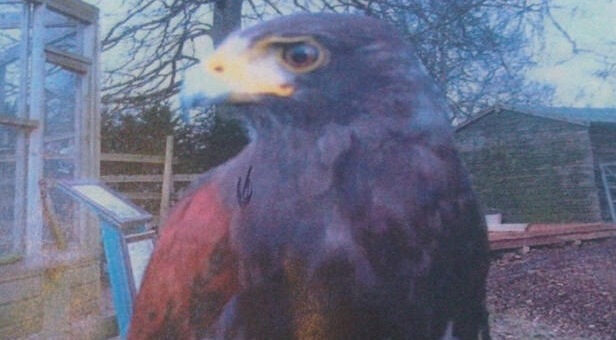 Officers in Dorchester are appealing for witnesses and anyone with information to come forward after a rare Harris Hawk called Prince was stolen from Kingston Maurward Agricultural College, Dorchester.

It was taken sometime between 4.30pm on Saturday 21 September and 10.30am on Sunday 22 September from the Animal Care block. Those responsible forced entry to an aviary.

Police Officer Chris Meade, of Dorchester police, said: “I am appealing to anyone who may have information about this burglary, or saw any suspicious behaviour prior to or after the incident to come forward.

“This appears to have been a planned attack and the offenders have made off with a rare bird which belongs to the college itself.

“Prince is distinctive in appearance in that the tip of his right wing has been clipped.

“Staff at Kingston Maurward are extremely keen to have Prince returned as there are fears the offenders may not know how to look after him properly.

“I would also like to hear from anyone who may have been offered a Harris Hawk for sale or may have seen one advertised in strange circumstances.”

Witnesses and anyone with information should call Dorset Police in confidence on 101 quoting incident number 22:186. Alternatively, call the free and anonymous Crimestoppers line on 0800 555 111 where mobile phone tariffs may apply.