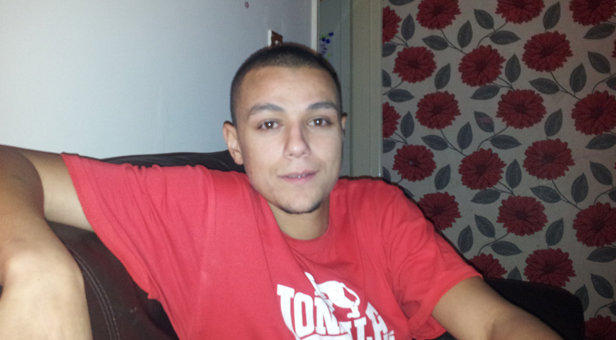 Detectives investigating a suspicious death in Christchurch are renewing their appeal for witnesses to come forward – with a photograph of the victim being released by his family.

The body of 30-year-old Rico Dardis was discovered near groynes at Seaway Avenue at around 9.10pm on Monday 27 May. He was pronounced dead at the scene.

A short time later, two Bournemouth men aged 49 and 51, were arrested by officers on suspicion of murder.

Detective Inspector Marcus Hester, of The Major Crime Investigation Team, said: “Dorset Police were first alerted to the incident by two members of the public who raised the alarm after witnessing two men acting suspiciously onboard a boat.

“These two men were stopped in a vehicle a short time later and detained.

“I can now confirm that we have been granted a further 36 hours to continue questioning the two men we have in custody.”

An inquest into Rico’s death has not yet been opened and adjourned.

The family of Rico Dardis said: “The death of Rico has caused us great distress and we are grieving for the tragic loss of a son, brother and father.

“We ask that our privacy is respected and we are given time and space at this difficult time.”

DI Hester continued: “Dorset Police have launched a major investigation to ensure that we establish exactly what happened to Rico and I am renewing our appeal for witnesses and anyone with information about Rico’s death to come forward.

“I am keen to hear from anyone who may have seen three men on a green and white Maxin Motor Cruiser Boat prior to this incident taking place, or any suspicious behaviour in the area of Friars Cliff and Wick Lane.

“All calls will be treated in the strictest of confidence.”

Last Tuesday, (28 May), cordons were put in place at houses on Drury Lane and Hamilton Road, as well as the Mayor’s Mead car park on Wick Lane.

Safer Neighbourhood Teams have been in the area offering reassurance to Christchurch residents.

Witnesses and anyone with information should call Dorset Police in confidence on 101 quoting crime number 27:447. Alternatively, call the free and anonymous Crimestoppers line on 0800 555 111 where mobile phone tariffs may apply.