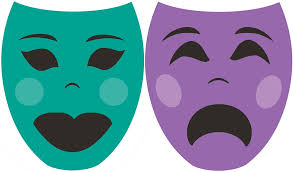 The audience were transported to Truvy’s beauty shop in the southern states of America – Chinquapin in Louisiana to be precise – for this play set in the 1980s with an all female cast.

Director Mar Godfrey said they didn’t attempt to copy the film – which starred Dolly Parton – as the actors created their own interpretation of the characters.

Fiona Richards is always confident on stage and in the lead role as Truvy she had the chance to be both witty and humourous with a large measure of empathy.

The part of Annelle, a hairdresser who has newly arrived in town, gave Anna Rigby plenty of opportunity to be quirky as she makes every effort to fit in.

Chirpy and cheerful, Jane Adams gave a polished performance as Clairee, the widow of a former Mayor.

Michelle Barton has become a regular in the company, and once again she put in a well rounded, skilful performance as Shelby, who loses her life following the birth of her much longed for baby and the donation of a kidney from her mother M’Lynn.

There was so much emotion from Janine Williams as M’Lynn, which brought a tear to many an eye in the audience.

Val Smith has over the years tackled a variety of characters, so she was clearly comfortable with the grumpy, and yet amusing Ouiser.

I have to confess that this is not one of my favourite plays, so full marks to the Players for helping me to seeing it in a new light.