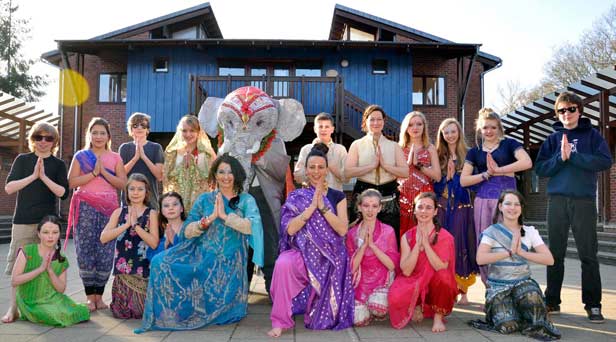 There wasn’t an empty seat in the house as Ringwood Waldorf School celebrated the 10th anniversary of its variety show.

Students and staff took to the stage to showcase an impressive array of talent, from comedic sketches and clowning around, to music and Bollywood dance.

Parents also grabbed a piece of the limelight as the Heartsong choir graced the stage with a rendition of Sister Sledge’s ‘We are Family’.

School administrator Nigel Revill even got in on the act, performing the Beatles’ ‘I Saw Her Standing There’ and Monty Python’s ‘Always Look on the Bright Side of Life.’

He said: “The talent on show – especially from our wonderful students – thrilled everyone who watched our show and the atmosphere in the packed-out hall was electric. It was a great way to mark ten years of entertaining people.

“Who knows, maybe next year we’ll get Simon Cowell down here to see what real talent looks like?”

The variety show raised an impressive £1,000 for the school from its two sell out performances which were held on Saturday March 2.