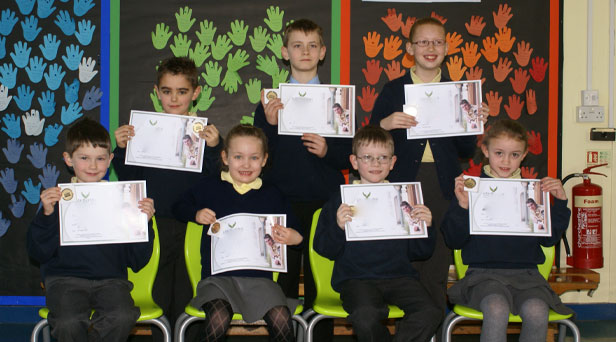 The JTYAF supports young people from a number of youth organisations providing them with scholarships and bursaries, which give them access to opportunities that they wouldn’t otherwise have had.

Ferndown First School chose to use their allocated funding to provide individual awards for nominated pupils from each of their ten classes.   Class teachers were asked to recommend, not just a pupil, but also to suggest an activity or event that the pupil could be taken to, to pursue a particular interest, based on the teacher’s knowledge of the child.

An awards ceremony gave the children the chance to share their experiences with the rest of the school. A pupil who is an avid scientist visited the Leonardo di Vinci museum in London, to promote his interest in this area. A pupil dancer was treated to a performance of The Nutcracker by the wonderful Moscow Ballet.A year’s membership to the Intech Science Centre and the Oryx Club at Marwell Zoo were amongst other awards all intended to give the children a once in a lifetime opportunity to promote their interests further.

Headteacher Jo Di-Pede said ” Ferndown First School pupils are privileged to have been included in the John Thornton Young Achievers Foundation Awards. We are grateful for the opportunity to support our young pupils in fulfilling their early ambitions. They have all thoroughly enjoyed their experiences.”

Pete Thornton added, “These awards have represented all that the foundation aims to achieve and we are proud to have encouraged these talented young children to pursue their ambitions.”