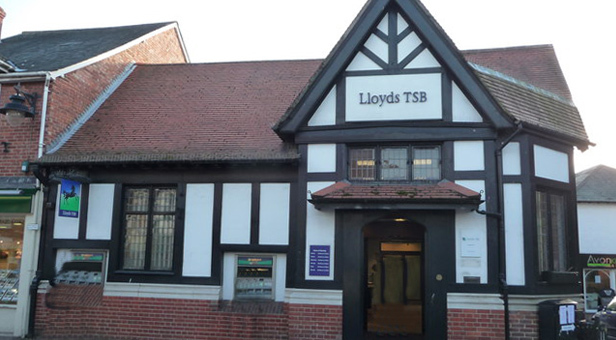 Two men on a scooter rode up behind a security guard at Lloyds TSB in Ringwood at around 9am this morning.

They stole a briefcase of cash before being chased up the street by residents who were unable to catch them.

The black Honda SH300 scooter-style motorbike was later found abandoned at Narrow Lane in Poulner near the slip road onto the A31 eastbound. The cash cassette was found empty nearby.

The motorbike rider wore dark clothing a black helmet and it’s thought that the robbers travelled from outside the area to commit the robbery.

Detectives are appealing for any witnesses or anyone with information about the crime to contact them. Call Lyndhurst CID on 101 or call Crimestoppers anonymously on 0800 555 111.