Save our crumbling cliffs! 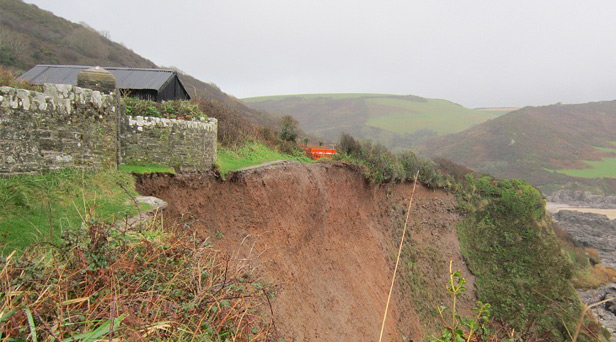 With record levels of rainfall causing the highest rate of cliff falls ever seen in one year along the South West Coast Path, the public is being urged to come forward and help raise much needed funds through a special event.

Over the 630 miles of South West Coast Path, there are usually two or three cliff falls each year, with a total of 11 falls in the past five years; yet between November 2012 and mid-January 2013, there have been 21.

Four of these 21 falls have quickly been re-opened with relatively minor diversions as a result of work by rangers and wardens and the co-operation of neighbouring landowners.

But 17 longer diversions remain, where negotiations and surveys for re-routing are taking place; agreement will need to be reached with landowners for appropriate new routes, and then work is required to construct the new path.

One organisation is rallying the troops and asking the public to support them with a special birthday present for the path.

The South West Coast Path Association’s ‘Great South West Walk’ takes place in April and May with a relay of 56 sponsored walks to cover the whole 630 mile path around Dorset, Devon and Cornwall (as well as the Exmoor coast through Somerset).

Each leg will be guided by local experts, rangers and path wardens, who are all assisting the SWCPA with this event, and helping to minimise the effect the diversions have on the event.

More information about each leg of the walk and the dates and registration forms are available at www.GreatSouthWestWalk.co.uk or contact the SWCPA on 01752 896237.  You can also follow the event on Twitter @LoveSWCoastPath.