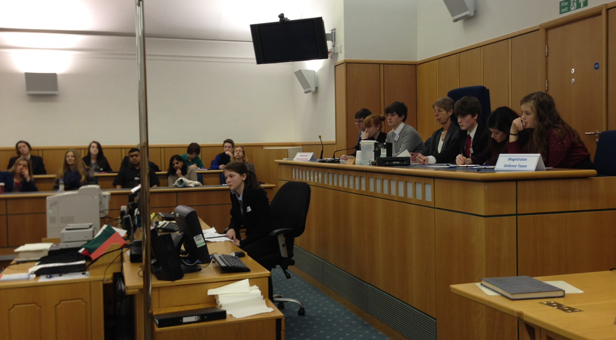 The results of the Bournemouth Crown Courts Mock Trials competition have been announced by the Dorset Magistrates’ Association (DMA).

The 2013 competition took place on Saturday, 9 March at the Bournemouth Crown Courts with six schools entering. Dorset magistrates, legal advisors and other personnel from all areas of Her Majesty’s Court & Tribunal Service [HMCTS] were present giving their own time to act as judges and generally to help with the proceedings.

3rd The Gryphon School, Sherborne. St Peter’s School will now go on to the Regional Finals and hopefully the National Finals.