Splash for cash as Rotary Swimathon pools £6,500 for charity 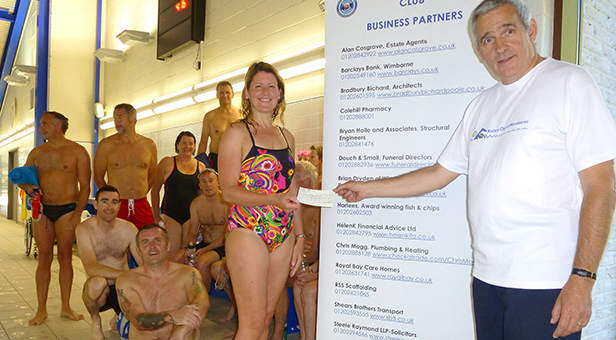 In a little over three hours on 31 August, more than 120 swimmers raised in excess of £6,500 for their favourite charities in Wimborne Rotary Club’s 12th annual Swimathon. Sponsored by the club’s business partners, the event was held in the pool at Canford School Sports Centre.

Three of the teams were entered by Michelle Noble, all raising money for Cancer Research UK. The second of her teams won one of the £100 cash prizes for their charity in the lucky draws that were held at the end of each swimming session. She is pictured here (centre, with team-mates) receiving the cheque from the club’s President-elect Derek Radley.