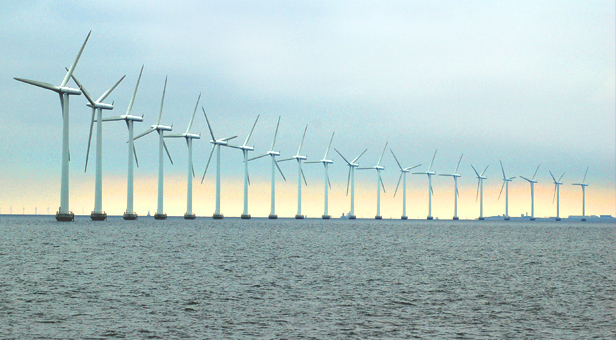 Highcliffe Community association hosted a debate at the Methodist Church hall on the proposed Windfarm off the Dorset coast and people turned up in their hundreds. Many had to stand outside the room, which had seating for 125. They heard the case for the development from the Navitus Bay Development Company and against the proposal from Challenge Navitus. Concerned residents raised many questions about the proposed Wind Farm. These included objecting to the size of the development, its proximity to the coast (demanding that it to be further away), the visual impact, the impact on migrating birds, the effect on the area’s tranquil natural environment and many others.

Chairman of the meeting, local councillor and Highcliffe Community Association vice chairman Alan Griffiths, said, ” I was astonished at the turnout from local people who wanted to know what effect this massive Windfarm could have on them and their families. Many of our 1,700 members were there but we had put leaflets out notifying people about the meeting and the response from Highcliffe was fantastic. This was the first time that people had the chance to hear the arguments from  both sides and get balanced answers from both to their questions. Many were horrified at the proximity and size of the proposed Windfarm and wanted to know how to object and protest about it. A vote was taken towards the end of the meeting and local people voted 11 in favour, 8 uncertain and 234 against the proposed wind farm.”

Highcliffe Community Association is collating the response forms completed at the meeting and will be advising both of the groups who made presentations to the meeting of the views expressed. Details of the cases made for and against the Windfarm  and residents responses will be available via the Highcliffe Community Association website shortly http://www.hca-dorset.talktalkbusiness.net/index.htm