Students given the chance to shine 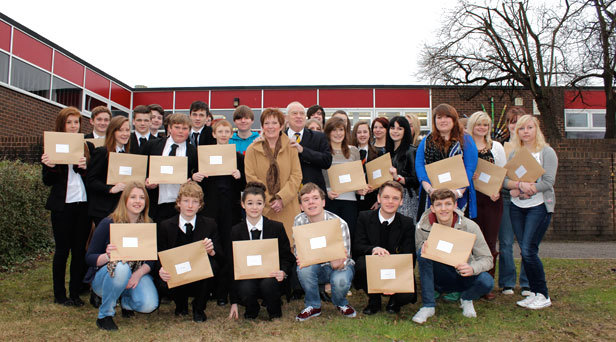 Selected students at Ferndown Upper School were today awarded over £15,000 between them to pursue their ambitions.

Local charity, John Thornton Young Achievers Foundation, awarded 12 scholarships and 23 bursaries to a group of pupils at the school who had been recognized for their commitment and dedication. The JTYAF supports ambitious and aspiring young people across Dorset and was set up after the tragic death of John Thornton in Southern Afghanistan in 2008, aged just 22..
John Thornton himself had been a pupil at Ferndown Upper School and 30 March will mark the fifth anniversary of his death.

His parents, Linda and Pete Thornton were in attendance at the school today to hand out the awards.

Check out our report in the next Viewpoint magazine for more details.