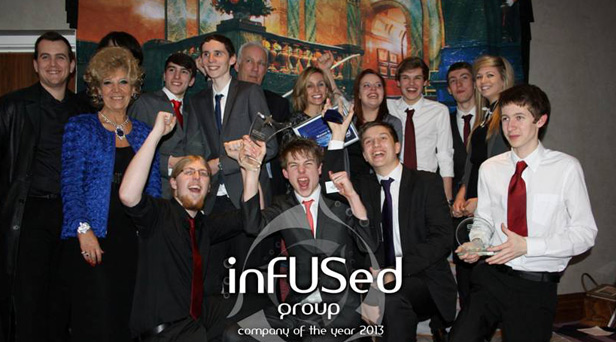 Congratulations to students from Ferndown Upper School (FUS) who have scooped the Company of Year 2013 award in the Enterprise Challenge.

Over the last few months, FUS had taken part in the Enterprise Challenge and were up against strong competition from other schools in the area. The students had five months to come up with products or services and then sell these ideas to the public in a bid to win awards.

The group of young entrepreneurs at FUS named their company inFUSed Group. They decided on the idea of personalised photo frames and customers could choose the colour and design of their photo frame. Another product was handmade and environmentally friendly cushions. These were made from recycled t-shirts, and included attractive cartoons and logos. However, by far the most successful initiative was the students’ photography service at Plowmans Garden Centre. They took pictures of children and their families with Father Christmas and printed them off on the day, which was the real success and enjoyment of the competition.

The students from all the participating schools along with many local business leaders gathered for the final to celebrate and award the most enterprising, entrepreneurial and successful students.

The inFUSed Group were relieved that all their hard work had paid off and the students said, “We have been inspired for the rest of our lives.”