Students reach for the stars 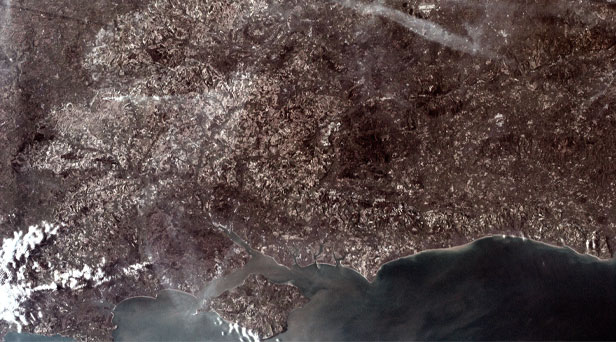 Teenagers from Harewood and Avonbourne colleges were given a once-in-a-lifetime opportunity of taking photos of Earth, by linking up with the International Space Station (ISS).

On Friday (April 26) the students made contact with the ISS as it moved above the northern hemisphere to take photos of the Earth from space’s perspective.

This was a mission that’s possible thanks to Harewood’s Bill Coombes who works as a technician in the science department and is also an education outreach officer for NASA.

His connection with the famous space organisation is believed to have made Harewood and Avonbourne, the first UK schools to take part in an ISS photographic mission.

“We did this by sending an email to the ISS via NASA and then, using a camera 360km above the Earth, we took photos of the area the space station was passing over.

“It was an awe inspiring experience for all the students as they took images of the area they live in from thousands and thousands of miles away in space.”

The photographic mission began earlier last week and on Tuesday (April 23), thanks to the clear blue skies, the students were able to take stunning pictures of the Bournemouth coastline and the Isle of Wight.

And all the participating students thoroughly enjoyed the experience and cannot wait to connect to space one more time this week to take some more out of this world photos.

Masoud Babania, 15, said: “This has been the best science lesson ever. It’s amazing to think that from our classroom we are able to operate a camera that’s in outer space. It’s been mind-boggingly brilliant!”

The schools’ next mission is to make a live link-up with the ISS later this year to give students the opportunity to speak directly with the astronauts living and working in outer space.