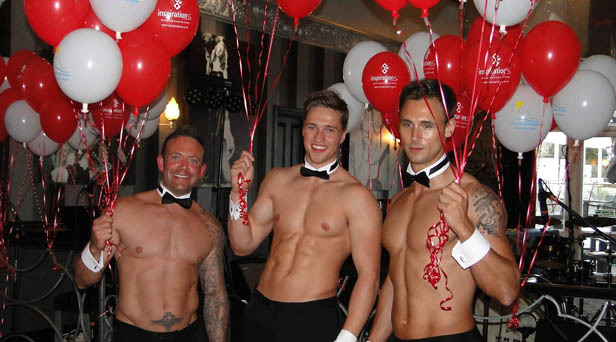 Lewis-Manning Hospice is celebrating the success of its annual Sunflower Party, this year held at The Cumberland Hotel, which raised over £13,000 for the charity that offers free specialist palliative nursing care to around 650 local people living with cancer and other life-limiting illnesses.

With a theme of ‘summertime glitz and glamour’, other highlights of the evening included a Sunflower Vodka Luge, supplied by Crystal Ice Sculptures, and an exclusive silent auction which included a painting by Ronnie Wood of The Rolling Stones donated by Westover Galleries, Marvel Comic artwork signed by Stan Lee and a ‘Four Weddings and a Funeral’ script signed by film star Simon Callow.

Maria Tidy, Fundraising Manager at Lewis-Manning Hospice said, “We are delighted that the Sunflower Party was such an amazing success raising so much money for the hospice and we are now looking forward to our next event on 21 November.”