Super School Campus is first of its kind 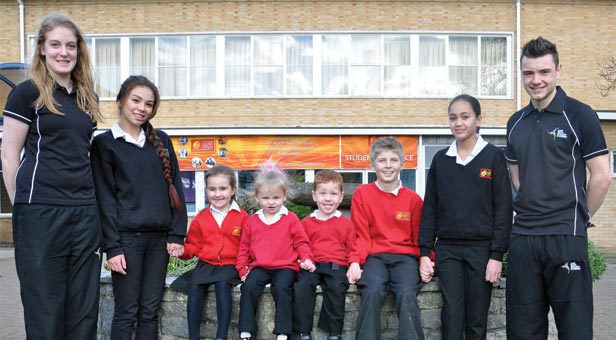 Three schools in Bournemouth have joined forces to create the town’s first super campus of education – providing learning for all ages. Elmrise Primary, Oakmead Technology College and the LeAF Studio have officially come together to create the Learning and Achievement Federation. Highly rated Little Oaks nursery is also a member, making the federation a first of its kind in the area.

On one single campus, a child can now see their education up to the age of 19.

Executive principle of the Federation, Dr Annetta Minard said, “For the first time in Bournemouth, three fantastic schools have teamed up to create one single place of learning for all age groups.

“As well as being able to share great resources and facilities, the federation will give children a chance to benefit from the continuity of education all in one place.”

Closer ties between the schools since 2011 have already reaped rewards.

Elmrise Primary School has been removed from special measures and its most recent Ofsted highlighted massive improvements.

The report said there had been ‘a dramatic improvement in pupils’ attitudes to learning,’ and the quality of teaching had significantly improved.  The Elm Academy Nursery at the school was also judged as outstanding.

And this week the college learned it was ranked amongst the top 100 most improving schools in the country.

The third member of the federation, LeAF studio, provides a unique specialist education for 14-19 year olds, and is aimed at helping budding athletes, entrepreneurs and actors to achieve their dreams.

In September it will open its doors to a brand new stage school, attracting the cream of the crop in drama, music, production and design.