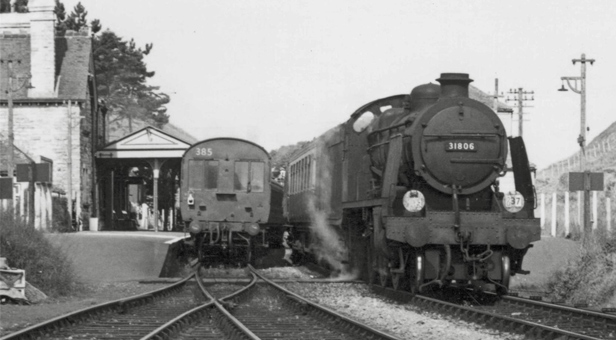 Southern Railway ‘U’ class 2-6-0 locomotive No 31806 at Corfe Castle
and Swanage in September, 1955, with a train from Bournemouth and Basingstoke
© John H Aston courtesy of Andrew PM Wright

The star of the show at this weekend’s Steam Gala and Vintage Transport Rally at Swanage is the classic 1928 Brighton-built U-class steam locomotive No 31806, nicknamed the ‘U-boat’. The event runs from Friday to Sunday, 6–8 September 2013. It also includes a rally next to Harman’s Cross station staged by the Bournemouth and Poole Preservation Club.