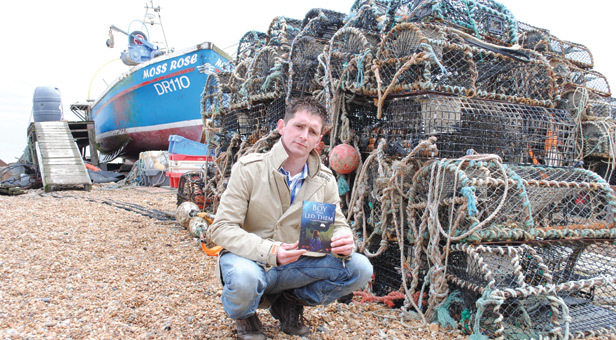 Local author George Chittenden has been making his dreams a reality by attending book signings and even art/literary festivals to promote his debut novel, ‘The Boy Who Led Them’.

“It’s been hard work.  Writing is a solitary profession and it’s taken the best part of a decade to finally land a publishing contract and get my name in print, but it’s all been worth it,” says George.

‘The Boy Who Led Them’ opens in modern times when a young victim of bullying discovers a two-hundred year old message from Jacob Swift, the king of smugglers, and gets caught up in an adventure that has the potential to solve all of his problems and a mystery several hundred years in the making.

A story of honour, loyalty and England’s troubled past – treasure lost and finally found. ‘ The Boy Who Led Them’ is available as a paperback or ebook on Amazon, ebay and in bookstores.