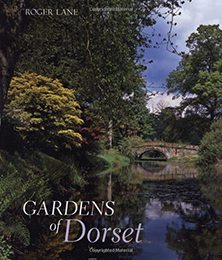 The Gardens of Dorset is a portrait of thirty-seven of the best gardens in Dorset.

There are delights and surprises aplenty, including a Roman temple in the suburbs of Bournemouth; a folly nestled within the fern garden of an ancestral manor; a classic cottage garden festooned with roses, honeysuckle and clematis and the spectacular subtropical coastal gardens of Abbotsbury.

Written in close consultation with the owners of the gardens, Roger Lane’s informative text details the history of each garden and its development.  Glorious photographs taken through the seasons show the gardens at their finest.

Roger lane came into photography through motor racing, with sponsorship from Agfa Gevaert in the late 1960s.  His images were subsequently used in magazines, books and promotional media.

Roger works from his home in Broadstone, Dorset.