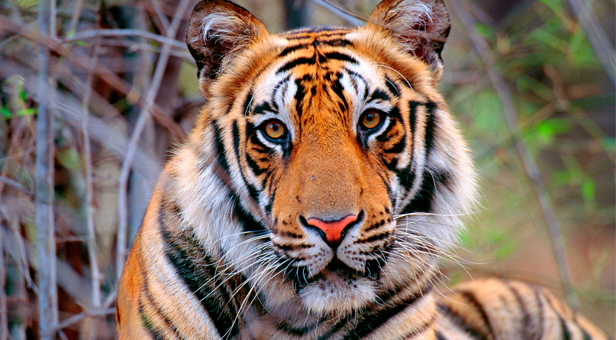 Award-winning filmmaker and wildlife enthusiast, Hugh Miles, is returning to the Allendale Centre in Wimborne to show his BAFTA award winning film ‘Tiger’ and an exclusive screening of his new film about the River Allen project.

This is the second time Hugh has helped raise money for the Dorset Wildlife Trust’s River Allen Project, which aims to restore natural features, improve water flow and provide cleaner gravel for the benefit of its vulnerable wildlife. The river, which runs through Wimborne, provides habitats for a huge diversity of wildlife, including the white clawed crayfish, brown trout and the endangered water vole.

Hugh has made 60 wildlife films including a host of award-winning films, including Life in the Freezer, Puma: Lion of the Andes and People of the Sea. He has a personal interest in the River Allen, which is near his home town in Dorset.

Hugh said: “Chalk streams are rare – there’s about 160 left in the world and England has 80-85% of them – the River Allen is one of the best examples in the world. I have been a life-long member of DWT and I want to help raise money for it and connect it with the local community whilst doing my bit to make it a better place for wildlife. The film demonstrates the power of volunteering and what can be achieved in a very short time. I hope it goes some way to raising some funds to keep the work on the river going.”

The BAFTA winning film, ‘Tiger’, is a beautiful story of the time Hugh spent with a tigress called Lakshmi (the goddess of Fortune) in India. He developed a very special bond with this female in order to film her raising her three cubs in a challenging and harsh environment. Hugh said: “One of the joys of the job is being trusted by animals – it is a wonderful experience and tigers are beautiful, majestic creatures. They are absolutely fascinating to watch.”

After the films, Hugh will be answering questions from the audience about his wildlife filming experiences. The Hugh Miles Film and talk is on Friday 29 November at the Allendale Centre in Wimborne. Tickets cost £10 for adults and £5 for children, in aid of Dorset Wildlife Trust’s River Allen Project. Doors open at 7pm for 7.30pm start.

You can book securely online at: www.dorsetwildlifetrust.org.uk/hughmilesfilm or ring 01305 264620 and book by telephone.