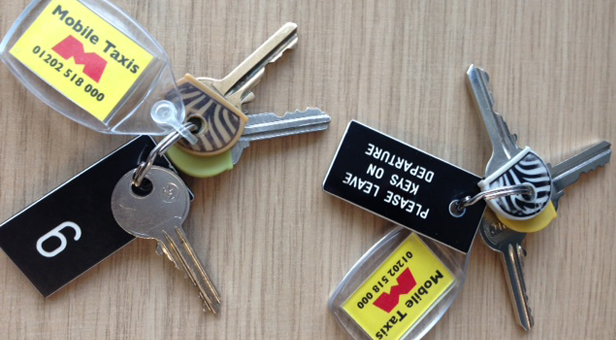 Hampshire detectives today made an urgent appeal to identify the Dorset hotel or bed and breakfast accommodation that issues keys with zebra stripes on the head.

Here is a photograph.  Anyone who recognises the keys is asked to ring Bitterne CID in Hampshire, using the 101 number.

The keys were in the possession of two men who were arrested in Bournemouth.  They are being held in Hampshire in connection with a Southampton offence.

Hampshire detectives urge anyone who recognises the keys to ring them, but not to enter any room associated with the keys.

They also said that the key fob, which advertises a Bournemouth taxi firm, is not relevant.