VCB players of the year 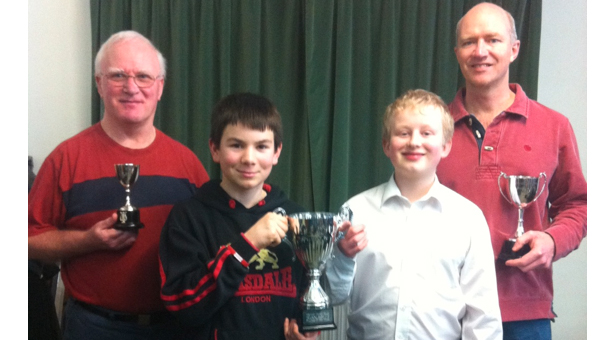 Following Verwood Concert Brass’ annual general meeting on 25 March, the musical directors each awarded a trophy to their player of the year. For the Training Band there was a joint award to Callum Moran (Trombone) and Rhys Pegoraro (Soprano Cornet). Robert Graves (Eb Bass) received the B Band award and the A Band award went to Mike Savage (Trombone).