Verwood Concert Brass is the best! 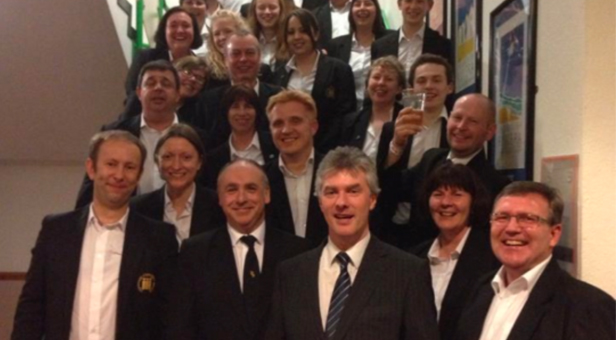 After a seamless performance and with all of the soloists executing their pieces with flare and precision, Verwood Concert Brass’ A Band scooped 3rd place in the 1st section of the West of England Regional Finals in Torquay.

The band came from behind having not scored well in the last two regional finals and there was a real danger of relegation to the 2nd section.

Third place meant that the band had not only achieved its best ever result at the regional finals, but secured its position in the 1st section.

Both the A and B Bands took part in the competition and few towns could boast as many as 60 musicians along with a host of supporters.

There were so many green VCB green jackets that the band was nicknamed the ‘VCB green army.’

The B Band competed well alongside 20 other bands in the 4th section, but did not find such favour with the adjudicators, despite performing well.

But great heart was taken from the fact that the B Band is Verwood’s second band and was competing against many towns’ only band.

The next opportunity to see Verwood Concert Brass A, B and Training Band perform, will be at the Spring Concert on 27 April at The Hub, Verwood.

Photo: Verwood Concert Brass A Band having been awarded 3rd place in 1st Section of the West of England Regional Finals.