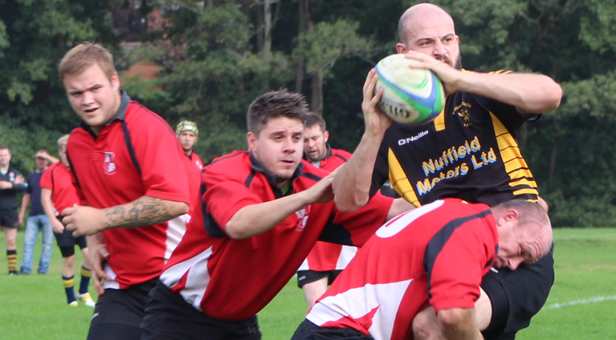 Verwood RUFC is delighted to announce the introduction of a Colts XV  who will be training together under the Verwood RUFC banner on Thursday evenings from 6.30pm at Potterne Park.  Enquiries about the Colts team should be directed in the first instance to the club on 07973 681768 and a more fomal statement will  be released in due course.

An early 1.30pm kick off was arranged in order for the visitors to return to their Chapel Gate ground to support their first side playing at home. They were able to take with them the story of a sizeable winning margin which no one on the touchline could gather although it was thought that eight tries (two converted) to two was about the right result – Verwood 10 Bournemouth 3rds 44.

A young and largely unpractised Verwood team was unable to stop the somewhat bulkier Bournemouth contingent scoring a succession of tries mainly in the first half with tries from Verwood showing just how much potential this young and very new side has for the future.

Anyone wishing to join the senior side should also call the same club number.