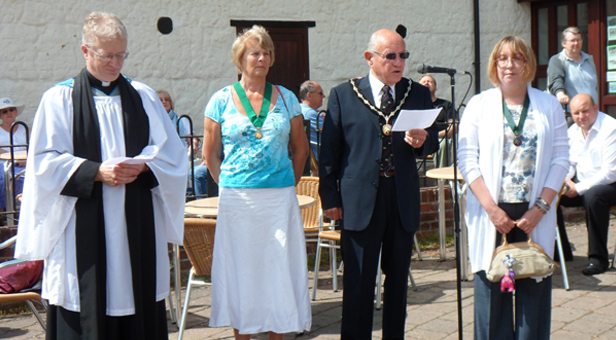 Hundreds of celebrations took place throughout the UK on 29 June to mark the fifth annual Armed Forces Day.
Verwood acknowledged the event with a service and prayers.

Led by the Mayor of Verwood, Cllr Peter Richardson, representatives from the Royal British Legion, town council and members of the public joined the service, and prayers were said by the Rev’d Andrew Sinclair.