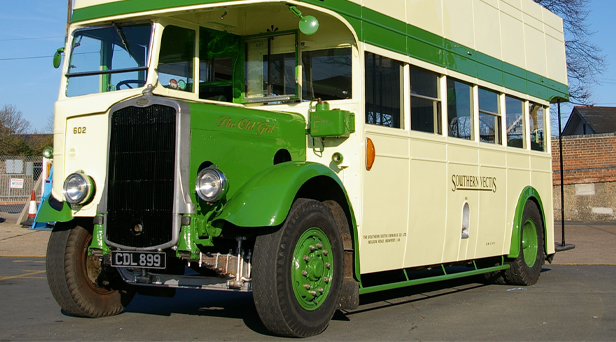 Bus companies owned by the Go Ahead Group are to supply three buses to be exhibited at the Bournemouth Aviation Museum’s Fifth Annual Vintage Transport Day on Sunday, 3 March (10am – 4pm). A 1939 Bristol K5G with Eastern Coach Works highbridge double decker body, which was converted to open top during the winter of 1958/59, will make a rare visit to the mainland from the Isle of Wight based bus company Southern Vectis.

Sister company more bus will also display buses representing more recent milestones in local transport history.  Nikki Honer, Commercial Manager at more bus, has confirmed that one of the bendy buses, introduced to the Bournemouth University service in 2010 and one of the newest Volvo Wright Eclipse 2 B7RLE single deck more buses introduced as part of a £5.5 million investment for new buses last year will also be displayed.