Werewolf songs could be a howling success 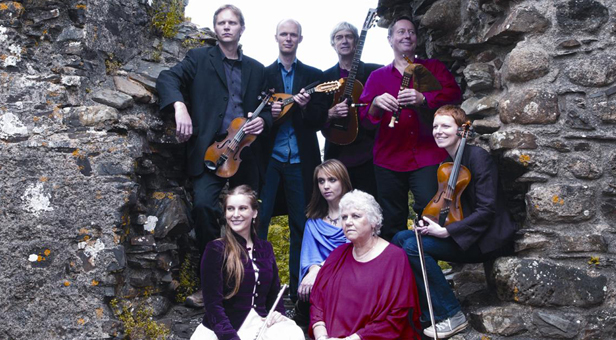 A concert of songs about legendary tales of English werewolves is coming to Poole on 6 June.

The South West-based folk act, the Wren Band – formed specially by Wren Music to mark the folk music charity’s 30th anniversary – is hoping the popularity of all things werewolf and vampire will bring a new audience to traditional English folk music.

The concert uses stories in Sabine Baring-Gould’s folklore writing including his famous work The Book of Were-wolves as the inspiration for the show. Story-collector Baring-Gould (1834-1924), who lived in Devon, researched the tales and wrote them down in his books, capturing the legends for future generations.

The band looked at the stories and then sifted through the archive of traditional folk songs to find those which matched the tales. They have also penned new songs about some of Dartmoor’s best known folklore stories.

Marilyn says that although most of the stories are old, they will resonate with a 21st century audience: “There is a whole new generation of people who are really interested in folklore and we are hoping they might like to explore the music as well because the two go together. And references from Baring-Gould’s folklore writings are now appearing in popular culture such as Harry Potter.

“We felt that this was too good an opportunity to miss, with our knowledge of folklore and folk songs, and this new-found interest in the whole area of werewolves. So we’ve put the two together.

“One thing that we did find out is that in English culture, there aren’t many werewolves – but there are a lot of werefoxes.”

The tour is a rare chance for the musicians at Wren to get together and play; usually, they work separately on musical projects in communities across the South West: “This is the first time all eight of us have done this together,” said Marilyn. “The whole process has been really exciting. We’re working entirely as a team and it is a fabulous way of working.”

story-teller Matt Norman and duet Nick Wyke and Becki Driscoll on fiddles and vocals. The show will be at Poole Lighthouse.