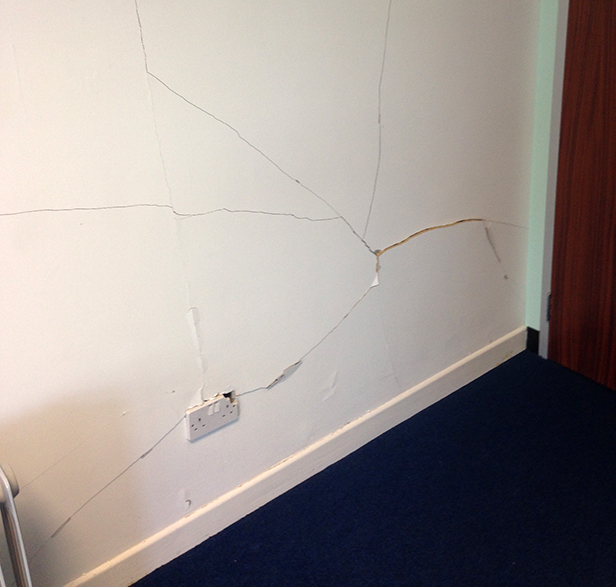 The driver of a vehicle collided with the outside of Wessex Denture Studio in West Moors with such an impact that the outside wall buckled and the interior wall cracked damaging a plug socket.

The exterior of the wall abuts the public car park in Park Way and although there were no witnesses, Philip Laws, a partner at the studio said, “Looking at the damage, we think it may have been a big truck. The driver must have known they did it, but nobody has owned up.”

He is appealing for anyone with information or who witnessed the accident to get in touch. It could have happened at any time after Wednesday evening (9 October) when the studio closed until the following Tuesday morning (15 October) when it re-opened.

Anyone with information should contact Wessex Dental Studio on 01202 893339.