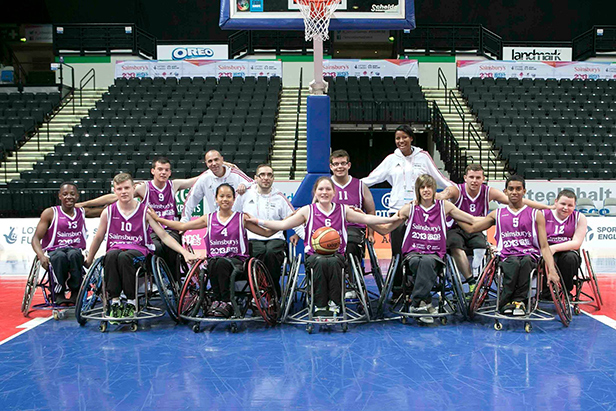 Bradley Dent from Ferndown Upper School (seen on the far right of the photo) has just returned to school triumphant after his team snatched the bronze medal, following four intense matches in the Sainsbury’s School Games representing England South for Wheelchair Basketball.

The 15-year-old who has a passion for his sport and trains six times a week said, “I had an amazing time at the games. I met a lot of GB athletes and went on an Anti-doping 100% Me Workshop, as well as spending time with Joe Beswick, the Wheelchair Basketball athlete mentor.

“I got to go backstage in the Sheffield Motor-point arena and stayed in the athletes’ Village for the weekend. The opening and closing ceremony were amazing and the matches were live streamed on the school games website. I met team Brazil for the 2016 Olympics in Rio too. I’m really looking forward to next School Games in Manchester 2014 where England South are going for gold.”