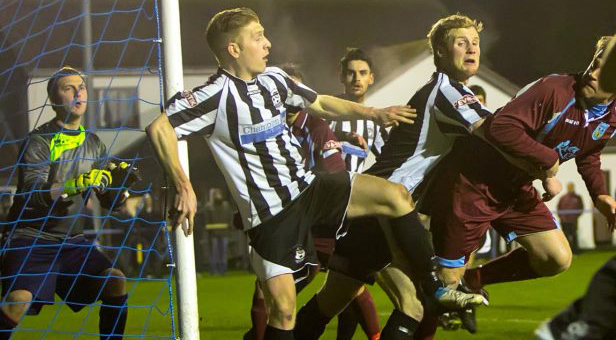 Wimborne Town earned themselves a tantalising Dorset Senior Cup Final encounter with local rivals Poole Town in April after a 1-0 victory over Weymouth in a semi-final clash at the Country Ground last week.

Wimborne could easily have been 3-0 up at the interval but relied on Jamie Davidson’s 65th minute winner to take them through. Weymouth finished the game short-handed after Ed Palmer was red-carded for a foul on Davidson.

Back in league action on Saturday, Wimborne could only manage a 2-2 draw at home to Abingdon United despite the visitors playing the last 20 minutes with only 10-men following the sending off of Gareth Thomas. Deep into injury time the visitors were reduced to nine as Kevin Halliday was dismissed.

The Magpies now have two games to play on the road: Saturday, 9 March at Taunton Town followed by a game at Cirencester Town on Tuesday, 12 March.