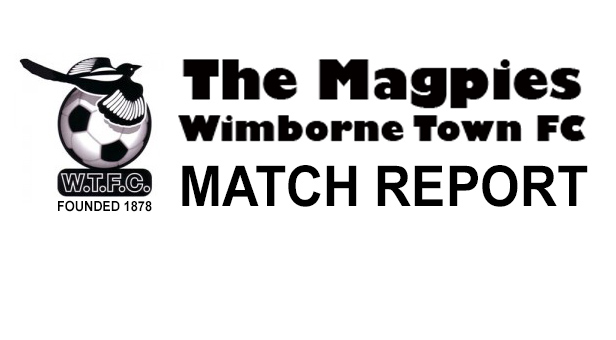 Wimborne Town’s failure to turn chances into goals led to them suffering two defeats on the road last week.

Last Tuesday the Magpies went down 3-0 in a rearranged Southern League game at Evesham.

“We needed to be more ruthless in the penalty box,” admitted Wimborne boss Steve Cuss.“We had chances to score but didn’t take them.”

Failure in front of goal contributed to Wimborne’s 1-0 reversal at Taunton last Saturday. The Magpies laid siege to the Taunton goal in the opening 15-minute exchange but could not get the break through.

Taunton stepped up a gear in the second half and grabbed their winner in the 63rd minute.

The Magpies are back on their travels again on Tuesday night (12 March) with a visit to Cirencester Town – more details on the game next week.

This coming Saturday (16 March) Wimborne return to Cuthbury when they host Yate Town. Kick-off is at 3pm.