WITNESS APPEAL AFTER BURGLARY NEAR DORCHESTER 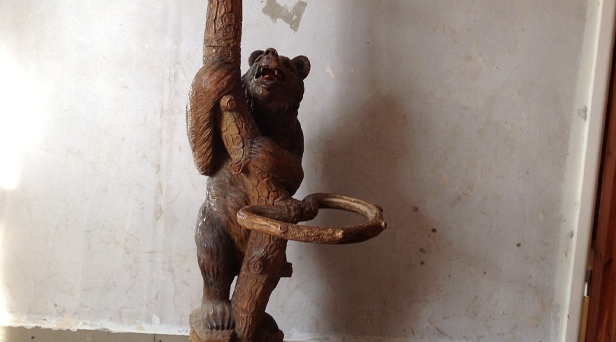 Police in Dorchester are appealing for witnesses and anyone with information to come forward after a burglary in a village near the town – with an image of a stolen item being released.

The incident happened sometime between 12.50pm on Tuesday 12 February 2013 and 1pm on Thursday 14 February 2013 in Winterbourne Steepleton.

“I am now in the position to release a picture of the stand.

“This item, which has been in the same family for many years, is unique and valued at approximately £6000.

“Apart from the monetary worth of the artefact it has a big sentimental value to the family and therefore the incident has caused a great deal of upset.

“The victim told me: ‘I have a great sense of guilt that this was in my care and I lost it. I just want it back’.

“I am appealing for anyone who recalls any suspicious activity in the area at the time and anyone with any information about those responsible to contact police.

“I also urge anyone who knows of the whereabouts of the stolen item to call Dorset Police.

“All calls will be treated in the strictest of confidence.”

Witnesses and anyone with information should call Dorset Police in confidence on 101 quoting incident number 14:232. Alternatively, call the free and anonymous Crimestoppers line on 0800 555 111 where mobile phone tariffs may apply.