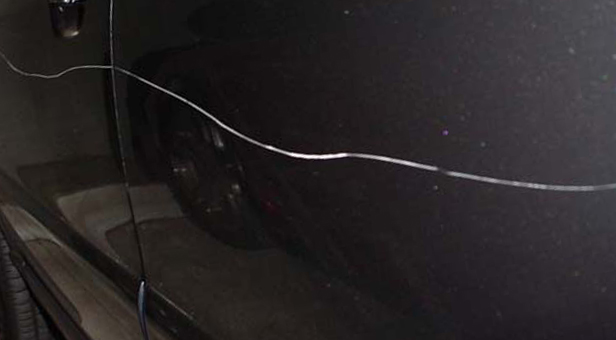 Officers in Weymouth are appealing for witnesses and anyone with information to come forward after more than 30 cars were damaged in the Wyke Regis area of the town.

The incident is believed to have taken place sometime between 6.30pm and 7.20pm on Sunday 18 August 2013 along Williams Avenue and Fairview Road.

A total of 33 cars were targeted, and every vehicle had damage caused to paintwork caused by a sharp implement.

Sergeant Ged Want, of Weymouth police, said: “The offender or offenders have shown a complete disregard for people’s property.

“The damage caused will no doubt prove costly for the registered owners of all the vehicles targeted.

“I am appealing to anyone who may have witnessed this incident take place, or has information about those responsible to contact Dorset Police in confidence as soon as possible.

“I am also keen to hear from anyone who may have seen someone acting suspiciously in the area around the time of the incident.

“I would encourage anyone who finds damage to their vehicle to report it to police via the non-emergency number 101.”

No arrests have been made.

Witnesses and anyone with information should call Dorset Police in confidence on 101 quoting incident number 18:465. Alternatively, call the free and anonymous Crimestoppers line on 0800 555 111 where mobile phone tariffs may apply.